Some player’s autographs can be worth thousands of dollars. The most valuable autographs are ones from players long gone, the ones who’s name grace the Baseball Hall of Fame, the ones that broke records, and the ones that are part of baseball history: players like Mickey Mantle, Babe Ruth, Joe DiMaggio, Sandy Koufax, Cy Young, Ty Cobb, Jackie Robinson, Lou Gehrig, Ted Williams… the greats of the game are worth the most. Some players only signed a handful of items and their signatures are extremely valuable. For example, Shoeless Joe Jackson was thought to be illiterate and signed his name to very few things… his signatures go for $20,000 to $100,000 depending on the item.

Modern baseball player’s autographs are usually worth less than players from long ago. Some players that are alive today sign very few things which make their signatures worth more. In recent times baseball card companies started releasing limited numbers of authenticated cards that can be highly sought after by collectors.

END_OF_DOCUMENT_TOKEN_TO_BE_REPLACED 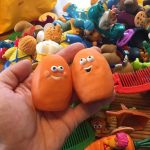 The Happy Meal was introduced in 1979, an irresistible meal plus toy combo, that continues to be popular with kids today. If you have a collection of Happy Meal toys from the 1980’s and 1990’s, they could be worth hundreds of dollars. But not all happy meal toys are worth a small fortune… it depends on how rare and collectible the toy is. I’ll show you how to look up the value of your McDonald’s Happy Meal toys.

END_OF_DOCUMENT_TOKEN_TO_BE_REPLACED

Vinyl records have made a huge comeback recently… and what used to sell for a dollar at a garage sale might fetch hundreds or thousands of dollars online. Depending on the pressing, the same album title could be worthless or worth a fortune. We’ll show you how to use the catalog number to look up the value of your vinyl records.

END_OF_DOCUMENT_TOKEN_TO_BE_REPLACED

What your Beanie Babies are Worth

END_OF_DOCUMENT_TOKEN_TO_BE_REPLACED

How to sell comic books

END_OF_DOCUMENT_TOKEN_TO_BE_REPLACED

What your comic books are worth

END_OF_DOCUMENT_TOKEN_TO_BE_REPLACED

How to sell your sports cards 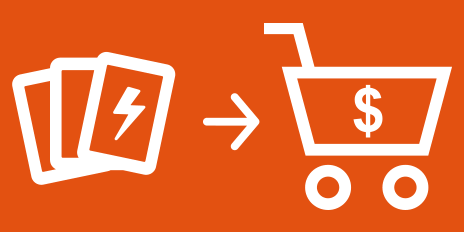 Once you’ve mastered pricing your cards using Mavin, here are some tips for eBay so you can actually sell them for that price:

1. Photograph Your Card(s) – High quality pictures of your cards are the most important factor when it comes to selling your cards. If you don’t have enough pictures, or low quality pictures, then buyers will be much less likely to buy from you because they don’t trust the quality of your product. Using an iPhone quality camera in decent lighting will be sufficient. Make sure to post front and back images of your card.

2. List Properly – You don’t want to be caught listing like an amateur. This means you don’t want to add a bunch of filler or flashy text to try and make your listing stand out. You’re more likely to annoy a potential buyer than entice them to buy your card. This means don’t say your card is “limited,” “rare,” or “hard to find,” unless you’re prepared to back that statement up. Similarly, don’t add special characters or all capital letters to your listing to make it jump off the page.

3. Sell Cheapest First – While it is tempting to sell your most valuable cards right off the bat, if you’re brand new to selling on eBay you won’t want to start with these cards. When selling online, your reputation is the most important factor in getting someone to buy your product. If you’re selling a $200 card and don’t have any reviews from previous customers, potential buyers might think you are trying to scam them or don’t trust your service. Start by selling lower value cards and build up a reputation as a quality seller on eBay. This will make it much easier to sell your more valuable cards down the line. When selling these lower valued cards, make sure you ship quickly and charge a fair price. This is the easiest way to get a high rating from your customers.

Why we built a worth app 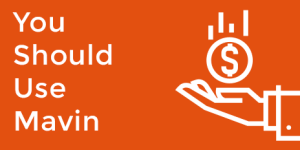 We (the humble founders henceforth referred to as “we”…) collect a lot of stuff: sports cards of all kinds, coins, stamps, comic books, antiques and other items of significant worth. As a collector, you want to know what your stuff is worth… and not from some ancient paper price guide, but what you could buy or sell it for today if you listed it online. We wanted this. We were tired of doing Google searches and digging into websites to gather information on comparable items. It takes time and it is often difficult to find relevant results. And we were tired of building spreadsheets to record and track all this information we found researching online.

Our goal is to build the largest, most accurate database of pricing information that exists anywhere on the web… and share this technology with people through the best user experience possible. We want to empower collectors everywhere with the tools they need to get fast, accurate estimates of what their collectibles are worth.

Feedback needed! What do you think of Mavin?

When we launched this site, we had one goal in mind: make the best price guide out there. We want Mavin to be the easiest to use, the fastest to use, and the most accurate price guide available to collectors. In order to do that, we rely on the feedback of our users. With that in mind, we strongly encourage you to give our site a hard look and tell us what we could do to improve it. We’ve already had some people tell us they want to be able to sort their cards, want different categories added to the results, and have the ability to save their collection. Thanks to their feedback, we’ve been able to give you a much better product. But to make the best price guide available, we need your best input. So please take a look at our feedback form and tell us what would put us another step above the rest.